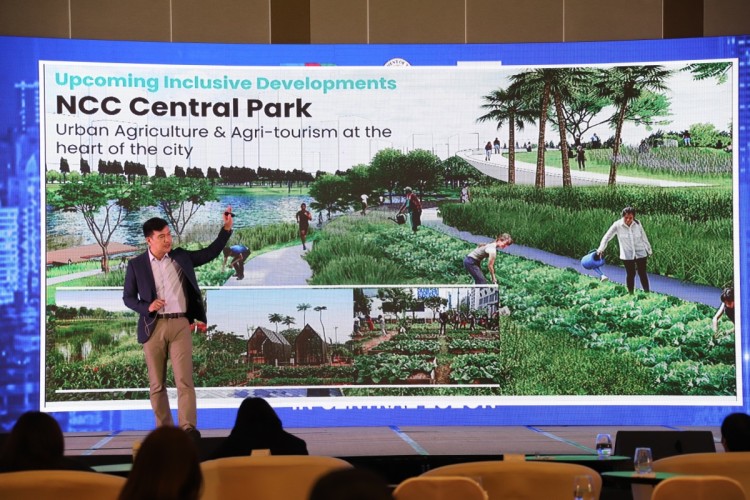 Highlighting New Clark City’s potential as the next choice tourist destination in Luzon, the Bases Conversion and Development Authority (BCDA) recently pitched this 9,450-hectare greenfield development to investors in the travel and tourism industry.

The summit was attended by 36 investors and agencies from the Philippines, Singapore, China, Japan and South Korea.

“BCDA is always open to tourism investments in New Clark City. Given its strategic location, rich biodiversity and vast open spaces, it is the perfect place for eco-theme parks and ecotourism projects,” Bingcang said.

In line with the vision to make New Clark City as the country’s next green, sustainable and smart urban center, BCDA’s master plan proposes that only 40 percent of the total land area will be built on, leaving 60 percent for forests, open spaces and parks. This makes New Clark City the perfect hot spot for ecotourism and outdoor recreational facilities.

Currently, New Clark City is already home to the 4.5-hectare River Park, which features a 1.4-kilometer walkway along the Cutcut River. There are also plans to develop the 44.8-hectare Central Park at the heart of the city, which will be one of the largest public parks in the country once completed.

The next tourist haven

During his presentation, Bingcang cited the qualities that make New Clark City a promising tourist and investment haven in the region.

For one, he said New Clark City’s strategic location, high elevation, and disaster-resilient features help ensure its resiliency against natural calamities, such as typhoons, earthquakes, tsunamis and volcanic eruptions.

Connectivity is also a main feature of New Clark City, with a network of infrastructure projects already existing or in the pipeline to make it a globally competitive destination.

This includes the Clark International Airport (CRK) and its new passenger terminal, which became operational on May 2. With state-of-the-art facilities, contactless features and inclusive amenities, the world-class gateway is expected to boost tourism arrivals in Central Luzon.

New Clark City will also become more accessible upon the completion of the North-South Commuter Railway.

This rising metropolis stands to benefit from the Luzon Bypass Infrastructure Project (LBIP) by BCDA and the Department of Information Communications and Technology (DICT). Through the LBIP, special economic zones including Clark and New Clark City will be equipped with 500,000 megabytes per second (MBps) every year.

“We are already getting there. We’ve accomplished much of the infrastructure development. Our roads are already complete. The national government said let’s do all the design in accordance with the long-term requirement. We should already future-proof it,” Bingcang said.