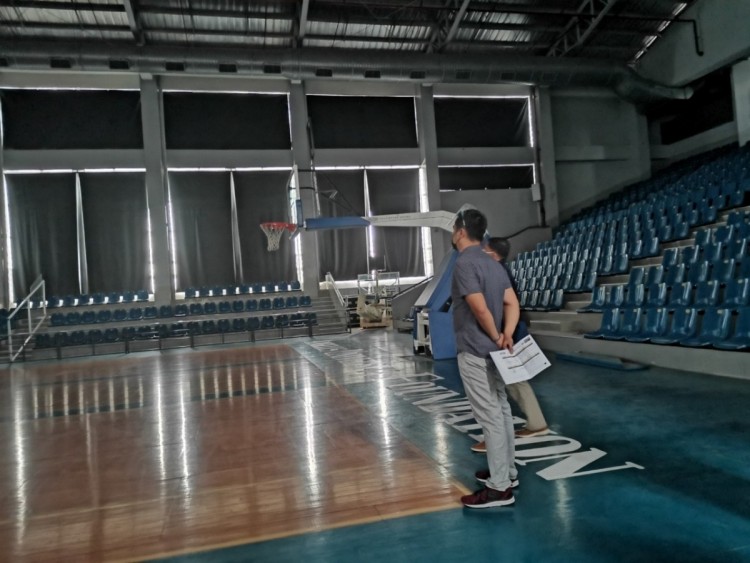 Operators of two of the country’s international gateways are all set to comply with the stringent safety protocols set by the Bases Conversion and Development Authority (BCDA), Clark Development Corp. (CDC) and the national government for the arrival of 200 foreign delegates of the International Basketball Federation (FIBA) Asia Cup Qualifiers in Clark.

Players, coaches and team staff from eight participating countries will be arriving in the Philippines through NAIA and CIA.

LIPAD said it has been coordinating with BCDA and CDC for the guidelines and procedures to avoid compromising the integrity of the sports bubble environment.

“LIPAD acknowledges that both agencies are the lead agencies to follow when it comes to ensuring the safety of FIBA in Clark. LIPAD designed arrival and departure guidelines for FIBA delegates at Clark International Airport in accordance with the protocols set by both agencies, as well as that of the FIBA organizers,” the airport operator said.

Both LIPAD and MIAA have also teamed up with the Philippine National Police, Bureau of Customs, Bureau of Immigration, airline companies, and other agencies in preparation for the event.

“Coordination among agencies is key to ensure safety of arriving delegates,” MIAA said.

According to the two airport operators, strict protocols will be in place to ensure that delegates go through arrival procedures seamlessly. Clark and NAIA will establish special lanes for the arriving players.

The FIBA tournament is being organized by the BCDA and its subsidiary CDC, in coordination with the Samahang Basketbol ng Pilipinas (SBP) and the local governments of Pampanga and Angeles City.

To protect the participants of the sports bubble from the threat of COVID-19, foreign participants are required to take RT-PCR tests 12 days, seven days and two days before departure to the Philippines.

Once they arrive at the airport, they will be transported to Quest Hotel and Conference Center in Mimosa, Clark, where they will be tested again. They will be placed in quarantine the next day. An additional RT-PCR test will be taken four days after their arrival and another one before their departure on June 21 if required by the country of destination.

BCDA President and Chief Executive Officer Vince Dizon, also the deputy chief implementer of the country’s pandemic response, said keeping the bubble safe requires synergy and preparation even outside of the Clark bubble.

“The BCDA and CDC are looking at the FIBA Qualifiers from end to end. From the moment our foreign guests enter our airports, battle in the hardcourt, and until they leave the country, strict protocols will be implemented to ensure their safety,” Mr. Dizon said.

The games are slated for June 16 to 20 at the Angeles University Foundation Sports and Cultural Center in Angeles City.

Movement of players, coaches and staff will be limited to within the airports, hotels and the game venue.

Aside from the foreign teams, included in the Clark event are the Gilas Pilipinas team; FIBA and SBP personnel; hotel, transport and ancillary staff; and other staff from TV5, PLDT and Smart, who are official partners with FIBA. A total of 617 participants are expected to be included in the bubble.

A sprawling 44.8-hectare green and sustainable open recreational space inspired by global best practices and Philippine heritage will rise at the heart of New Clark City in Tarlac. Upon completion, the New Clark City Central Park will become one of

Swimmers and coaches from the Israel national team lauded the New Clark City Aquatics Center, citing world-class facilities and exceptional swimming pools that are instrumental in their preparation for the 2021 Tokyo Olympics.

The Department of Agriculture (DA) and the Bases Conversion and Development Authority (BCDA) on Friday, July 9, kicked off the development of the Philippines’ first National Seed Technology Park (NSTP) at New Clark City (NCC) in Capas, Tarlac.