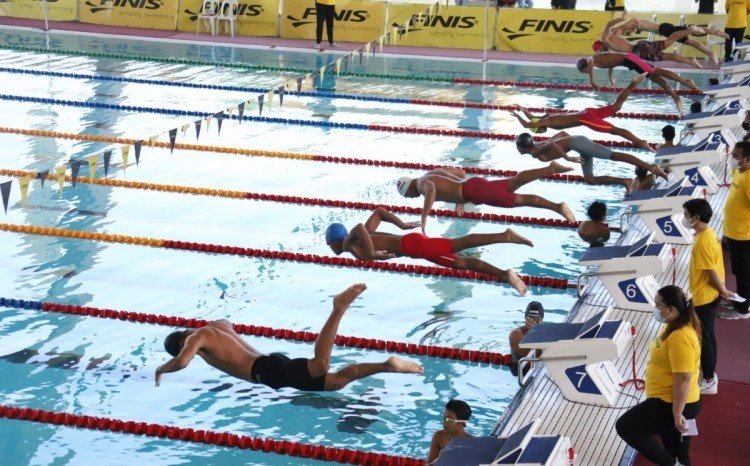 Over 300 young Filipino swimmers from all across the Philippines battled it out at the FINIS Short Course National Finals, which was held at the New Clark City Aquatics Center in Tarlac on 20 and 21 August 2022.

The country’s best homegrown swimmers made their presence felt with victories in the two-day FINIS Short Course National Finals, aimed at providing greater opportunities for quality racing to young Filipino swimmers at the grassroots level.

Fourteen swimmers, aged 8 to 19, from Tarlac, Davao, Iloilo, Pangasinan and other parts of the country emerged as most outstanding swimmers at the FINIS Short Course National Finals. Northmin Stars Swimming Team of Mindanao emerged as the overall team champion with 425.50 points, followed by Megakraken Swim Team of Visayas with 365, and Dax Swim Team of Luzon with 315.

Through their events and programs, FINIS Philippines Managing Director Vince Garcia is hopeful that more Filipino swimmers will be provided a chance to compete in a global type of environment.

FINIS Philippines is the sole authorized distributor of US-based swim gear brand FINIS, which specializes in technical devices used for swim training and competition, as well as technical swimwear. Its training products are widely used by elite swimmers and swim coaches in the United States, Australia, Europe and Asia.

A foundation for bigger arenas

For her part, Bases Conversion and Development Authority (BCDA) President and Chief Executive Officer Aileen R. Zosa said that BCDA and FINIS Philippines share a common goal of nurturing Filipino athletes to perform and achieve their highest potential through providing them with enthusiastic programs and modern sports facilities.

The New Clark City Aquatics Center is the only Fédération Internationale de Natation (FINA)- approved swimming facility in the Philippines. It features 2,000-seating capacity, a 10-lane competition pool, eight-lane training pool and a diving pool, which were designed and installed by Myrtha Pools – an official FINA partner.

Cited as the 2019 Sports Tourism Venue of the Year at the 4th Philippine Sports Tourism Awards, the New Clark City also houses the International Association of Athletics Federations (IAAF)- certified Athletics Stadium, and the 525-room Athletes’ Village accommodation facility. New Clark City served as the main venue of the 2019 Southeast Asian (SEA) Games, where the athletics and aquatic events were held.