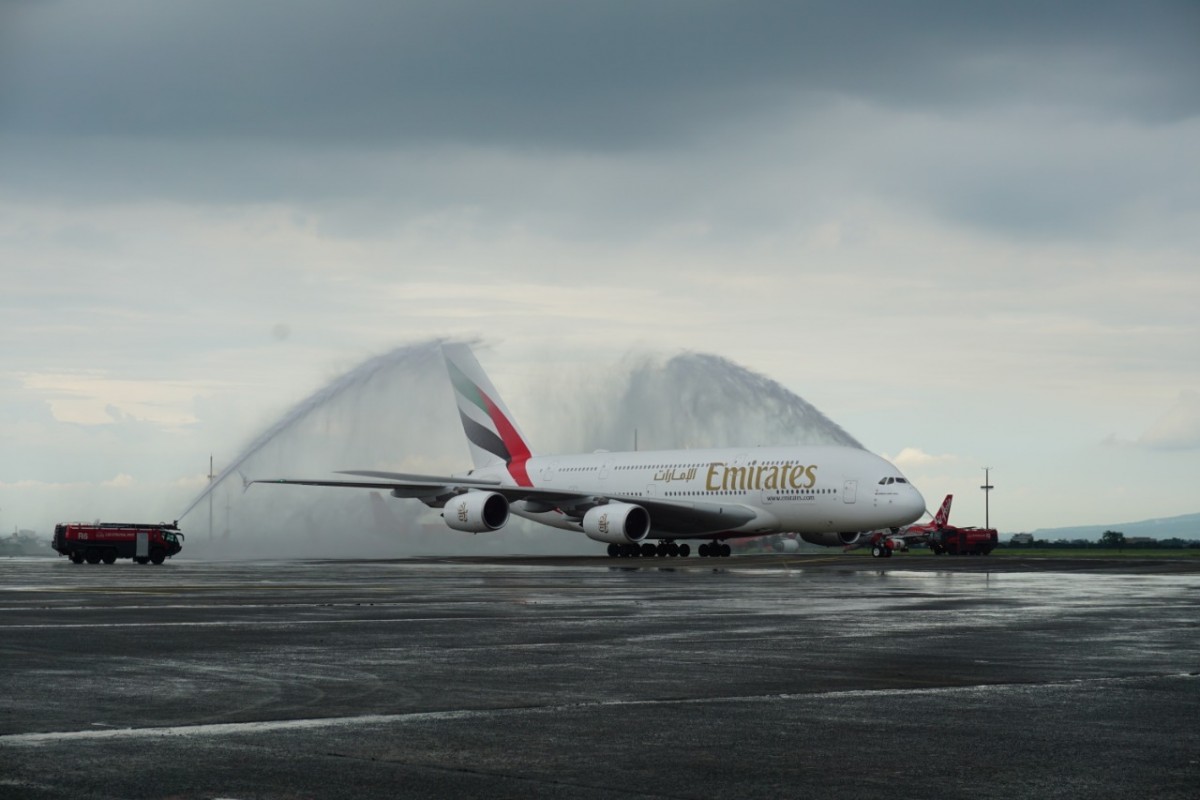 Today’s A380 maiden flight in Clark forms part of Emirates’ celebration of their 30th anniversary of serving the Philippines.

The highly-popular Emirates A380 aircraft enabled the passengers to have a world-class travel experience, with the aircraft’s unique features and safety protocols put in place to protect both the airline’s customers and crew.

Emirates has seen a huge demand for its six weekly flights from Dubai to Clark as well as in its daily flights to Manila since it resumed operations earlier this month. It will also resume operations in Cebu this week.

The prestigious state-owned airline has been serving the Philippines since 1990 and inaugurated its first service to Clark in 2016. In 2014, the Emirates A380 made a one-off trip to Manila, marking its first arrival in the country.