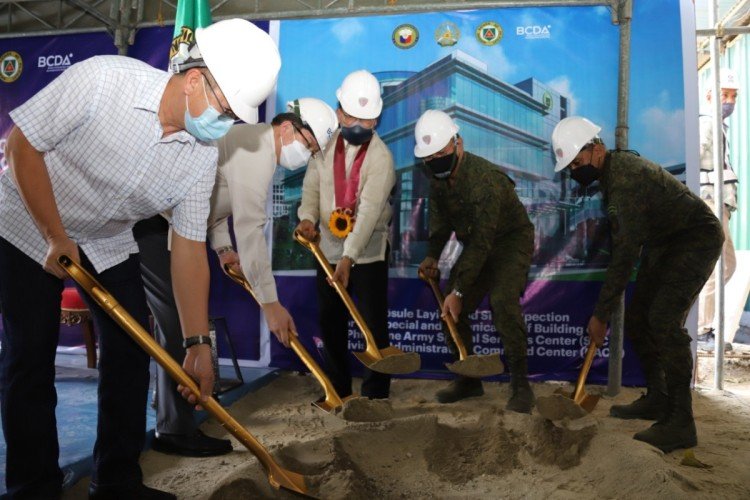 As part of its relocation and replication program for the transfer of military structures from the Bonifacio South Pointe lot in Taguig City, the Bases Conversion and Development Authority (BCDA) is building a Php 283.4-million state-of-the-art facility for two units of the Philippine Army in another area at Fort Bonifacio.

A five-storey office building – equipped with a helipad, roof deck, lower ground parking, and a bridge connecting to the Army headquarters – will house the Special and Technical Staff of the Special Services Center (SSC) and Division Administrative Command Center (DACC).

The event was held at the building’s construction site in the Philippine Army Retention Area, where some SSC and DACC staff will be moving from their current location in the area of Bonifacio South Pointe, also inside Fort Bonifacio.

Although not part of the original structures to be replicated, BCDA included the helipad in the project as an upgrade to the SSC and DACC facilities. 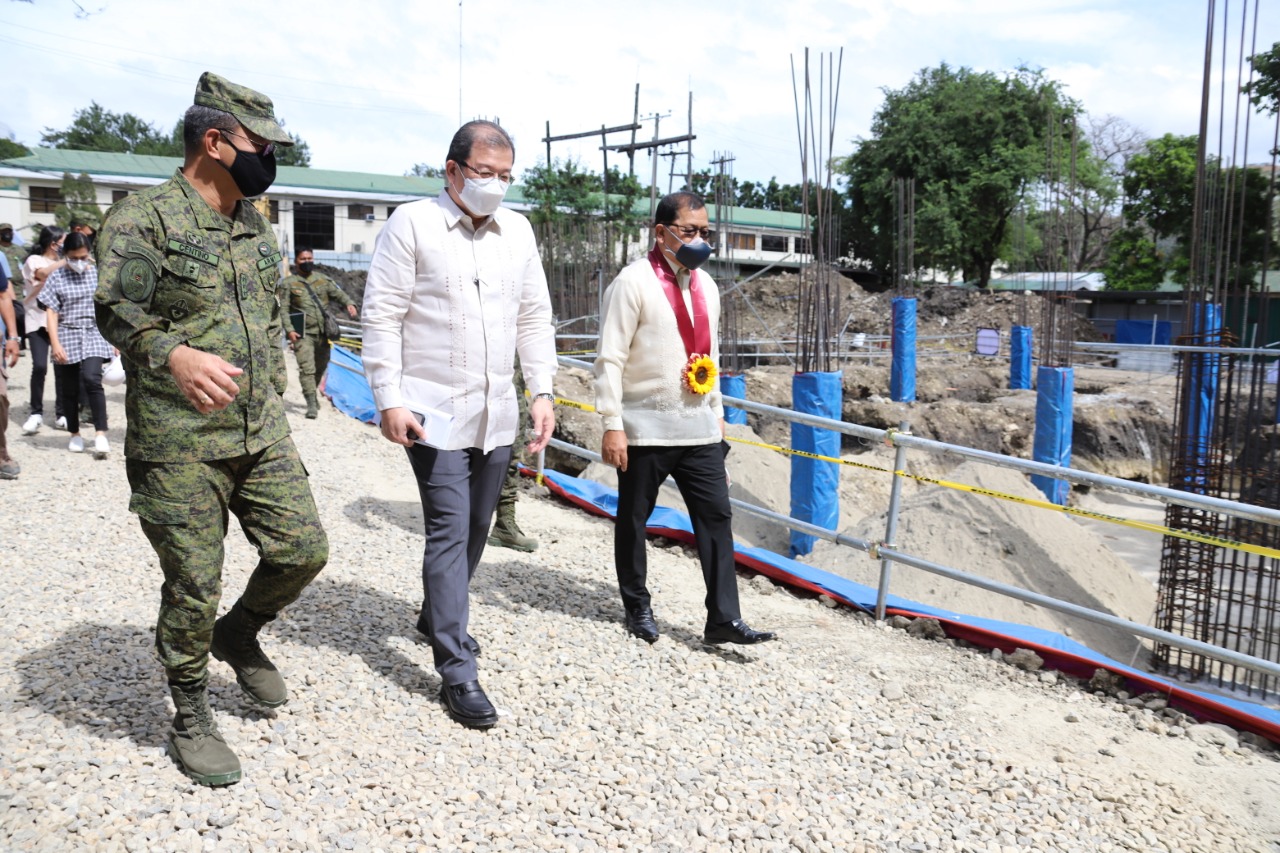 In line with its mandate under Republic Act 7227 to generate funds for the Department of National Defense (DND)/AFP Modernization Program, BCDA is preparing to develop the 33.13-hectare Bonifacio South Pointe through a joint-venture agreement with SM Prime Holdings.

“BCDA continues to support our troops by providing them with modern facilities and increased funding. In the process, like in the case of the replication and relocation of the SSC and DACC, we are also paving the way for business growth in Fort Bonifacio that would help spur economic recovery from the pandemic,” Batuhan said.

For his part, Brawner said, “As part of the Command’s thrust to uplift the morale and welfare of our troops while pursuing its modernization program, the Philippine Army continuously looks for better ways to serve their interests while they perform their duties. Fortunately, we have the Department of National Defense and the Bases and Conversion and Development Authority or BCDA, who share these same goals. We thank the DND and BCDA for this project as it symbolizes the Command’s commitment to uplift the well-being of its human resource. Providing our men and women with better and modern facilities will surely translate to more efficient and productive soldiers and Civilian Human Resources of the Philippine Army.”

Earlier this year, the BCDA and the Department of National Defense broke ground on the Php 1.5-billion ASCOM development in Camp Gen. Servillano Aquino in Tarlac City. A total of 44 structures will be built on a 29.8-hectare lot inside the camp.

“At the end of the day, all these earnest efforts towards modernizing our facilities and equipment is our modest step closer to becoming a world-class Armed Forces that is a source of national pride. As Chief of Staff, AFP, I am looking forward to seeing the completion of this [SSC and DACC] project as this will surely enhance the Philippine Army's administrative and training facilities. Today's activity, truly serves as a symbol of continuous and strong partnership between the AFP and BCDA,” Centino said.

From May 1993 to December 2020, BCDA’s contribution to the AFP reached Php 49.19 billion. Of this amount, Php 38.07 billion is reserved for the AFP Modernization Program and Php 11.12 billion has been contributed for the replication of military facilities.

The new Special and Technical Staff Building for the SSC and DACC is targeted for completion by December 2022.

Last November, groundbreaking rites were held for the Philippine Marine Corps Headquarters and operational facilities at a 100-hectare lot inside the BCDA-administered Bataan Technology Park in Morong town. The strategic transfer of the Marine Corps, which currently occupies 12.46 hectares also at the Bonifacio South Pointe area, is likewise expected to boost economic activity. 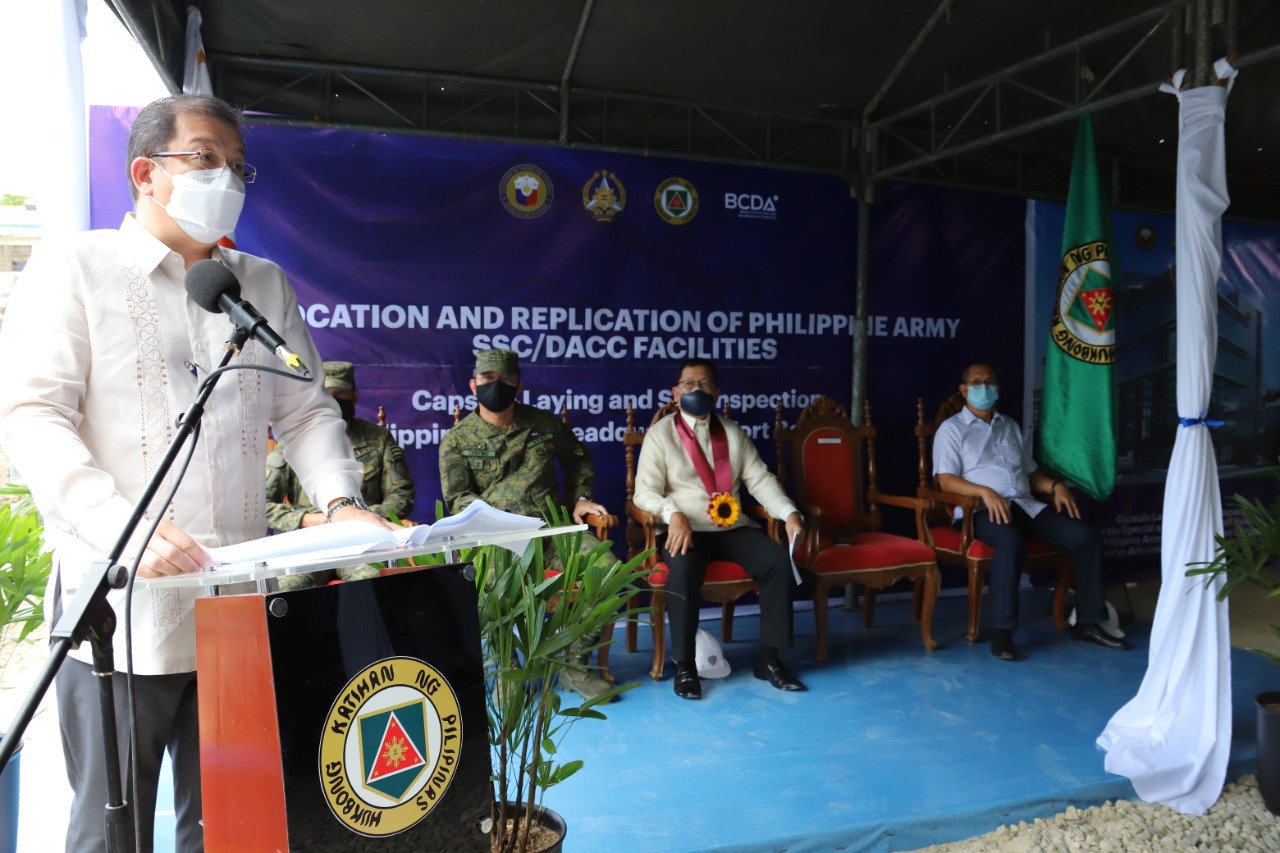 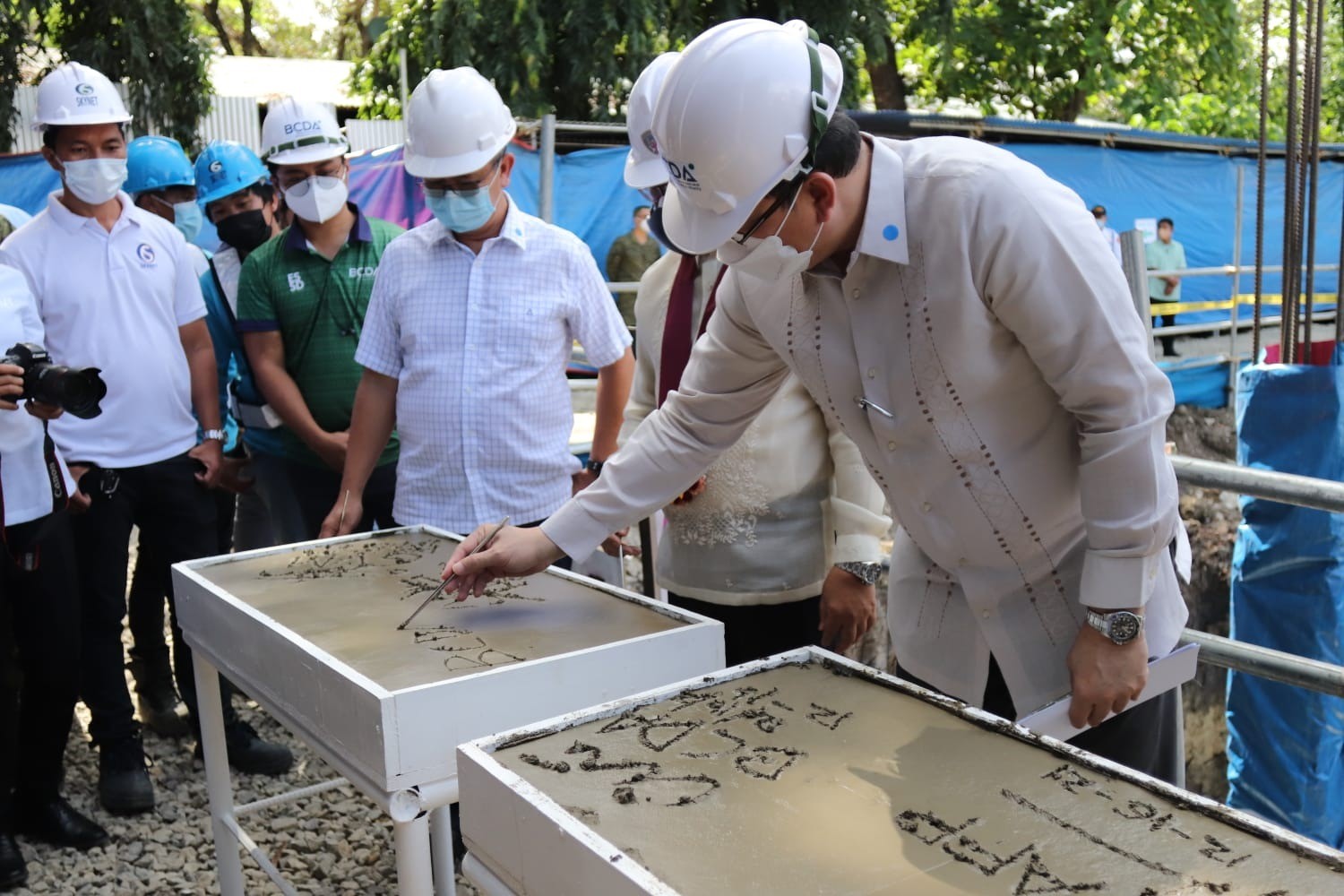