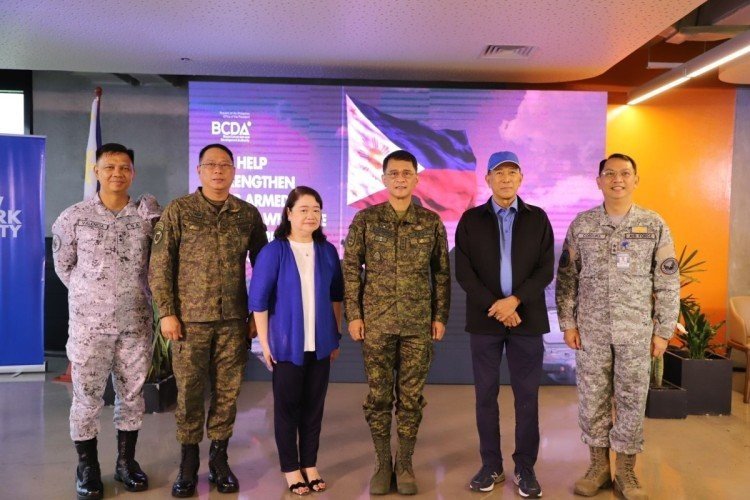 Furthering its mandate of helping strengthen the Armed Forces while building great cities, the new leadership of the Bases Conversion and Development Authority (BCDA) has declared its unwavering support and firm partnership with its major stakeholder, the Armed Forces of the Philippines (AFP), by continuously generating revenues for the troops’ modernization program and expediting the completion of several military facilities under its replication program.

Serving a career in the military for 35 years, former Defense chief and currently BCDA Chairman Delfin N. Lorenzana expressed his all-out support to the modernization of the AFP by transforming former US military bases, like Clark, into new frontiers of development.

BCDA Chairman Lorenzana welcomed his former brother-at-arms, led by AFP Chief of Staff (CSAFP) Lt. Gen. Bartolome Vicente O. Bacarro, in New Clark City in Tarlac for the 25th AFP Forum. The forum is part of the BCDA’s stakeholder engagement program, which aims to provide the military updates on its current efforts to contribute to the AFP Modernization Program. This marks the most well-attended AFP Forum hosted by BCDA by far, where over 100 top brass in the AFP organization, led by CSAFP Lt. Gen. Bacarro, were present.

As a testament to its mandate, BCDA has contributed to the AFP a total of Php56.4 billion since its creation in 1992. This accounts for the biggest chunk or 43 percent of the Php130.18-billion total asset disposition proceeds from 1993 to August 2022.

“The BCDA is really about two things: one is to help strengthen the armed forces and the other is to build great cities like the Bonifacio Global City, Clark Freeport and Special Economic Zone, and the biggest yet, the New Clark City,” said BCDA President and CEO Aileen R. Zosa. She added that now more than ever, BCDA will be more conscious in generating revenues for the modernization of the AFP and expediting the completion of much-needed military facilities.

Other than contributions to the AFP Modernization Program, the BCDA also provides support by modernizing military facilities as part of its replication program. In March 2022, the BCDA turned over modern facilities to the Army Support Command of the Philippine Army, in a bid to relocate the unit’s headquarters in Camp Servillano Aquino in Tarlac.

During the forum, both the BCDA and the AFP have vowed to work together for the completion of the Special and Technical Staff building for the Special Service Center and Division Administrative Command Center at Fort Bonifacio, Taguig City; the Philippine Marines headquarters at Bataan Technology Park in Morong, Bataan; as well as the 65-hectare development of Philippine Air Force housing facilities in New Clark City.

CSAFP Lt. Gen. Bacarro then expressed his gratitude to the BCDA for its invaluable contribution to the military’s modernization

“As such, on behalf of the men and women of the AFP, I express my wholehearted gratitude to the management of the BCDA for your invaluable contribution to building a stronger, more credible, and more capable Armed Forces,” said Lt. Gen. Bacarro. “As the CSAFP, I reaffirm the AFP’s commitment to sustain the engagement between our institutions to further strengthen and enrich our partnership for more productive collaborations in the future,” he added.

After the forum, the AFP officials toured the world-class sports facilities and disaster-resilient government center within New Clark City as well as the new passenger terminal building of the Clark International Airport to stay informed and updated on the existing and future developments in zones where BCDA operates.