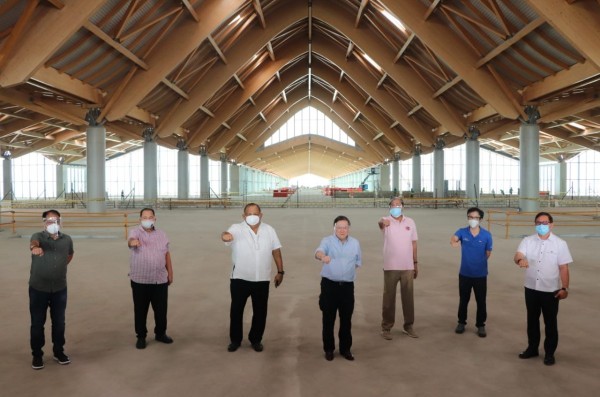 “This Clark airport project is totally on schedule from conception to actual construction, and will be operational in six months. This facility is very important for us because it opens up the Central Luzon area to the international market. This will help passengers, especially from the Northern part of Luzon, access international flights in and out. This [project] is so critical for the development of the tourism and the national trade of Northern and Central Luzon,” Dominguez said.

The new terminal which is 99.14-percent complete, is expected to triple the Clark airport’s annual passenger capacity up to 12 million.

“From conceptualization to approval, down to execution and completion, I think the Duterte administration can boast this as one of the fastest mega-infrastructure projects any government has undertaken,” Dizon underscored. Dizon is also the President and CEO of the Bases Conversion and Development Authority which oversees the project, together with DOTr.

Secretary Tugade meanwhile cited how the Clark airport will further spur economic growth and provide accessibility in the area as the new terminal will be linked to the Manila-Clark Railway Station, which will cut travel time from Metro Manila to Clark in less than an hour.

The Clark airport new terminal is one of the centerpiece projects under the Build Build Build program envisioned to bring interconnectivity throughout the archipelago. The project was constructed in two years since April 2018. Once fully operational, the new terminal will help position Clark as the next major global gateway in the country.