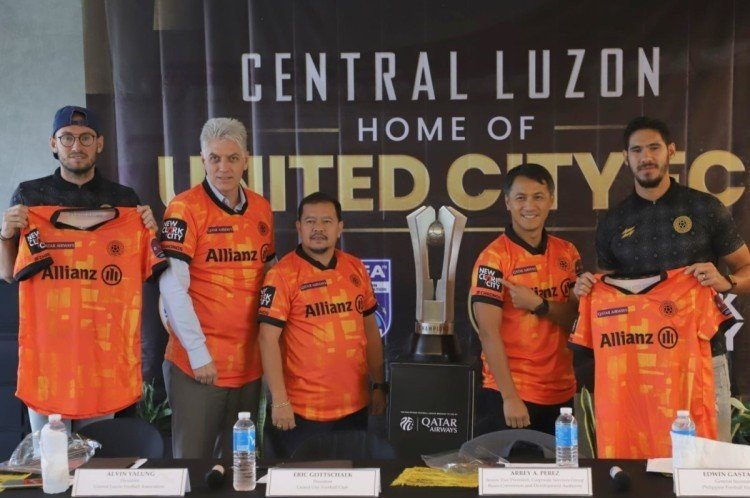 UCFC will be battling against the Azkals Development Team on October 22 at this world-class facility, making it the first football game to be held in New Clark City since it was built in 2019. This will be followed by another match against Stallion Laguna FC on November 5.

Through these matches, UCFC seeks to show its commitment to raise Central Luzon’s banner in the football scene.

“To represent Central Luzon and bring football to the local community is a major step in the development of professional football in the country. Football is all about belonging, therefore our matches need to be played within the community we are representing, which is Clark in Central Luzon,” UCFC President Eric Gottschalk said.

Bases Conversion and Development Authority (BCDA) President and Chief Executive Officer Aileen R. Zosa gave her warm welcome to UCFC, and extended BCDA’s commitment to give the best football experience to the teams playing in New Clark City and their fans.

“World-class sports facilities, safe environment, and stunning views–New Clark City can offer all of these and more. We are excited that UCFC chose New Clark City Athletics Stadium as the venue for its matches, and we hope to bring pride to players who will be coming to play here,” Zosa said.

Tickets for the matches are available on the UCFC website at www.unitedcityfootballclub.com.

This PFL Season, which started in August 2022 and will run until May 2023, UCFC is competing against six other teams to bring home the championship trophy and qualify for the 2023-2024 AFC Champions League Group Stage in August.

UCFC is expected to hold in New Clark City two more matches before the end of the year and at least six more until April 2023.

Certified by the International Association of Athletics Federations (IAAF), the New Clark City Athletics Stadium has a 20,000-seating capacity with a nine-lane 400-meter track and field, and another four-lane warm-up track.

It was nominated as among the world’s best stadiums in the Stadium of the Year Awards in 2020. The following year, the facility received the Highly Commended recognition from the World Architecture Festival (WAF) in the Completed Buildings - Sport Category, and was also shortlisted for the Engineering Prize of the same competition.